It's hard to believe we are in March already!

It looks like the Federal Government is moving on from COVID mandates and so I want to congratulate everyone for making it through a pandemic! My heart and prayers go out to those of you who have lost a loved one during this time.

As we all get on with our lives there has been a backlog of demand on everything from vacations to houses. At the same time, the government/Federal Reserve spent and printed unprecedented amounts of money. As mentioned in an earlier Perspective, the total money supply was increased by 40% since the beginning of the pandemic.

Much of this money went to provide assistance to unemployed workers. However between workers being sick and being paid to be out, the total productivity was reduced. When you increase the amount of money and reduce the amount of productivity, you get inflation. Too many dollars chasing too few goods.

So in January when the markets realized that inflation was not transitory, interest rates increased which pushed both bond and stock values down to compensate. The market has priced in up to 6 rates increases in the next year. Even with all these rate increases, we would still have historically low rates.

Once the market was finished with this, we started to get a strong recovery as company earnings (the amount of money they were making), came in significantly above expectations. Both companies and consumers are doing very well.

On March 10th, the annual inflation amount went to 7.9% (from 7.5%), and this was largely before the surge in energy and commodities.

The Federal Reserve has a difficult task ahead as it has to tame inflation by turning off the printing press, and raising rates, during a tedious time with the Russia Invasion without pushing the economy into a recession.

We have made many adjustments to hedge accommodate this environment to include adding in a commodities fund, focus on high quality investments, and alternatives that reduce or eliminate the risk of interest rates going higher.

Not long after the markets priced in interest rate hikes, things with Russia and Ukraine started heating up. Most analysts didn’t believe that Russia would attack, but this was obviously wrong!

War is a horrible tragedy that after thousands of years of civilization we have not been able to eliminate. The people of Ukraine and the world are in my daily prayers.

This is a complex situation and I don’t claim to be an expert. At the same time, this situation has far more depth than the media tends to give. I try to understand both perspectives. From Russian’s viewpoint, Gorbachev was promised under George H.W. Bush that NATO would not expand. However, since the fall of the USSR, NATO has consistently expanded towards Russia (See map). From their perspective this has been a frustrating infringement of their national security. Russia sees this as their chance to protect their western boarders. Ukraine was key in their defense against the Nazis. 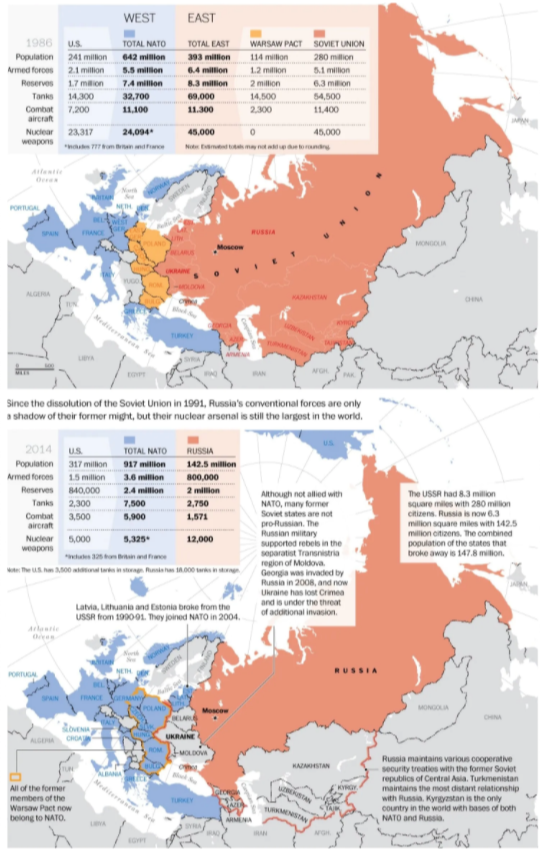 At the same time, all are agreed that the response to a difficult situation has been heartbreaking. By all accounts, the backlash against Russia has been far more vigorous than anyone thought possible.

It is highly unlikely the NATO would attack Russia directly, so Russia’s concerns seem overblown. But Russia is looking to secure its boarders for the long run. They have a collapsing population and their army will likely never be stronger. Combined with a weak US Administration, they see a unique window.

For those that are interested, I have found Peter Zeihan who is an interesting expert on geopolitics:
https://www.youtube.com/c/TheChangingOrder/videos
https://zeihan.com

The United States is well positioned to not need Russian energy (or anything else) and could be better positioned if it wanted to be. Europe however is in no such situation. This image of the pipelines coming out of Russia to feed Europe illustrates this massive network. 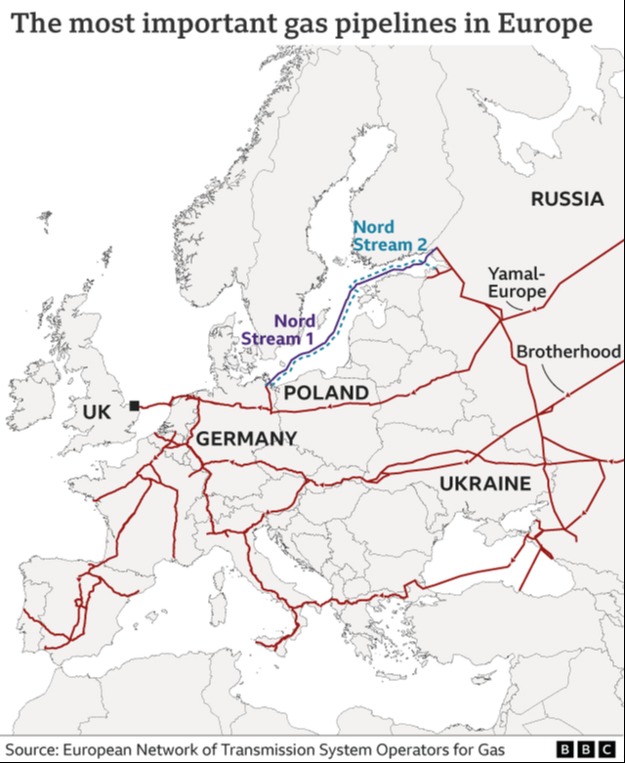 Similarly, this graphic shows how dependent Europe is on Russian energy – especially Germany, and Italy. They are in no position to turn off the spigot. 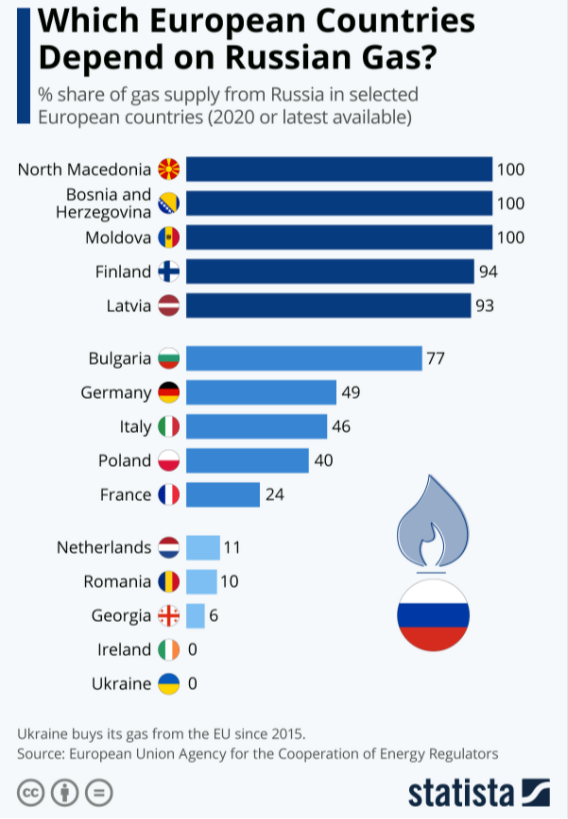 Russia exports immense amounts of commodities as of 2019:

China is their largest trading partner by far, then Netherlands, Belarus, Germany and Italy. Only 3.5% of their exports to go the US. As of 2019, Russia only imported about $9.1B of US goods, whereas they are importing $47B from China. The world is trying to figure out who they want to align with. Both India and China didn’t join the US in the UN’s condemnation of Russia’s invasion.

Below is a fascinating visual of what Russia exports and where it goes. As you can see, the US gets very few Russian goods. 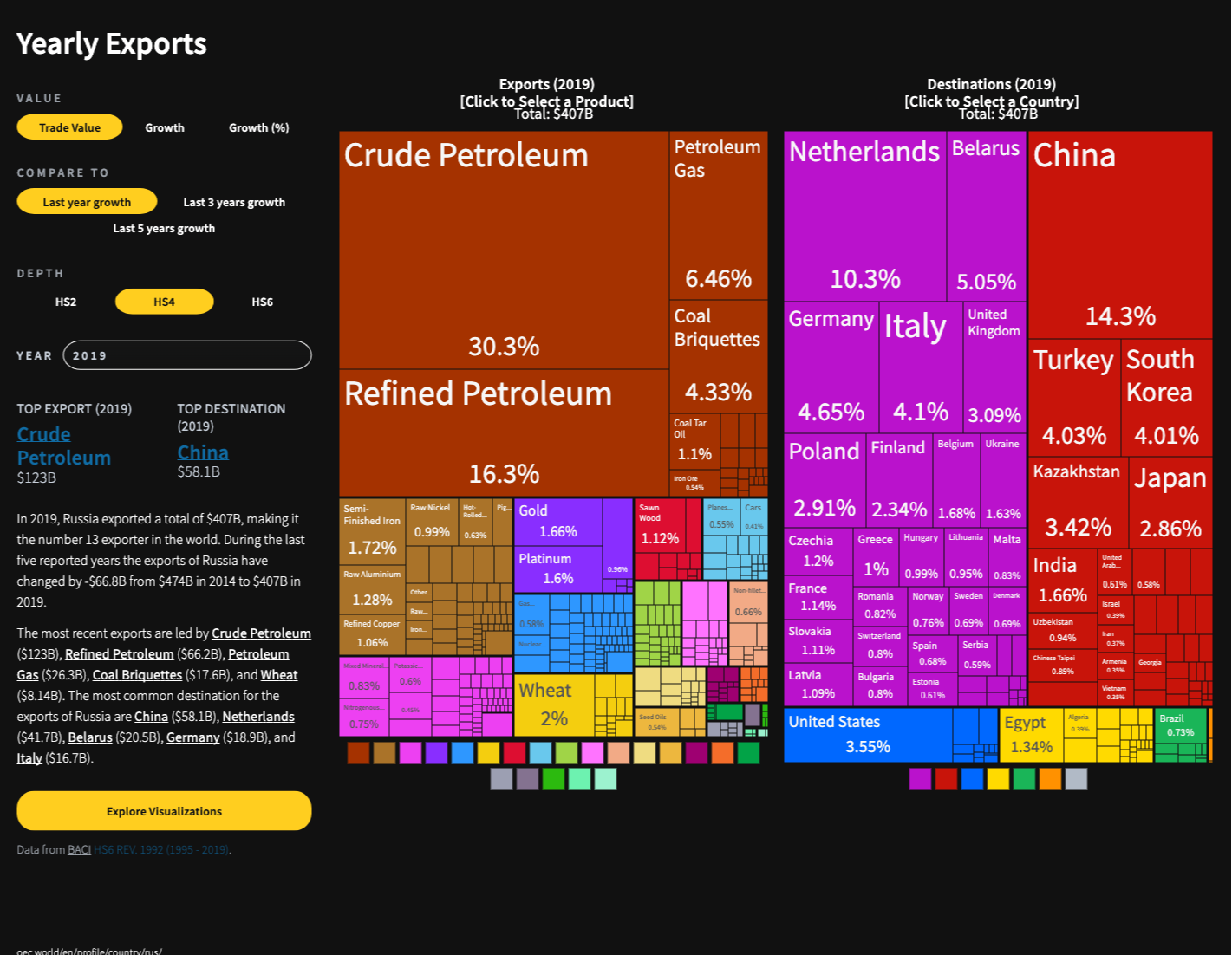 Where do we go from here?

There are very many positives in the economy:

At the same time there are some negatives:

As you can see the stock market trended down during the beginning of WWII with German victories, and again with Pearl Harbor, but then it started to have a strong recovery. I don’t see this as a WWII situation – and in most geopolitical situations, the market absorbs it and starts to move back up. 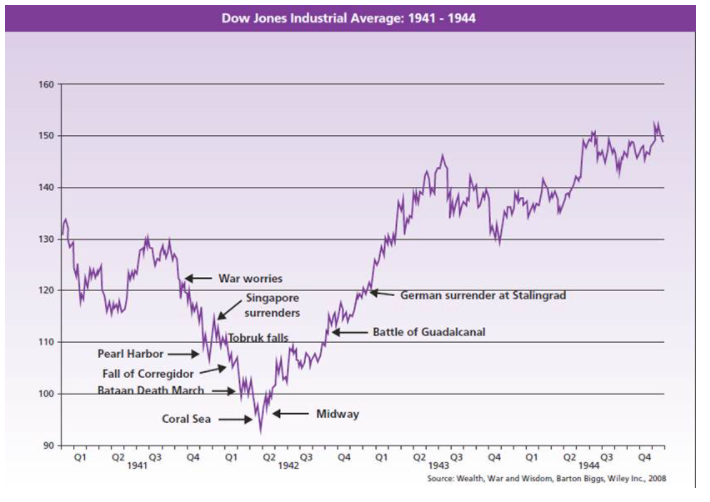 We are dealing with two major cross winds in the short term – Inflation and commodity prices which is deeply related to inflation.

What are the types of investments that tend to do well in this environment?

What tends to underperform?

We have repositioned a significant amount of both the equity and bond portfolios to adjust. We want to make changes that will work in the short-run but also be positioned for the longer term opportunities.

While I don’t know where things are going in the short-term, I am confident that in the longer term we will have a robust recovery. The US economy is strong and dynamic with the ability to adjust and adapt to changes.

As always, I look forward to your feedback.

Is this helpful? Do you have any suggestions? I’d love to hear from you!

p.s. I finally have a crystal ball!

A fun Christmas gift from my team – Ryan, Craig, Andrew and Ellie. Unfortunately it doesn’t tell me the future. 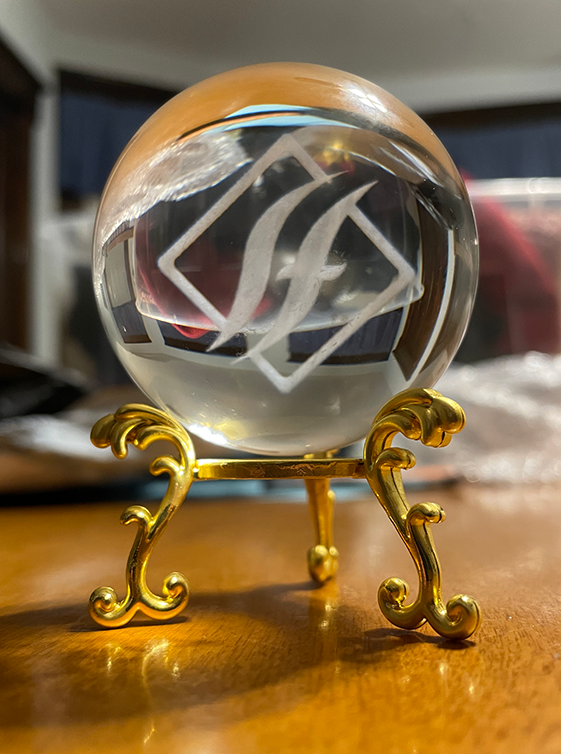