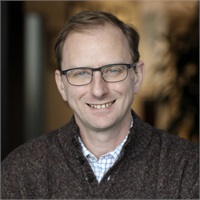 Rick is a native of Chicago and spent 17 years there before joining the U.S. Army. He served in the 3rd U.S. Infantry, The Old Guard from 1991-1994 at Arlington Cemetery. He also had the special honor of being part a specialty platoon – The Continental Color Guard (CCG) posting the Colors at numerous parades and ceremonies throughout the year including the White House.

After an honorable discharge Rick Scheeler received his B.S. in Biotechnology from George Mason University in Fairfax, VA in 1998. While in college, Rick earned his Black Belt in an ancient Korean martial art, Chung Do Mu Sool Won.

After graduation, Rick was hired by Celera Genomics to help in the sequencing of the fruit fly (Drosophilia) and human genomics. This work was published in Science Magazine.

Rick moved his family from Virginia after witnessing Flight 77 strike the Pentagon on September 11, 2001 returning to the Chicagoland area. Not long after, Rick began his career with Northwestern Mutual. He started his own practice in Cincinnati in 2012 and opened his own office in 2016 in West Chester. He has been honored to serve his clients as a Wealth Management Advisor ever since. He serves clients in over 20 States.

In 2018, Rick and Ellie lost their 18 year old daughter Mary when she was struck by a car while riding her bicycle. Mary, who had Downs Syndrome was known for her joy and making people feel loved. The pain of this loss will be with them forever, but they are committed to using it to help others. They give thanks to God for the strength to endure this devastating loss and are grateful for their Catholic faith. Through his strong faith, he and his family are committed to service and charity and making a positive impact in the community.

Rick and Ellie were married in 1997 and currently reside in Mason, OH with their five surviving children – Paul, Catherine, Bernadette, Bridget and John. Paul is Air Force ROTC at the University of Dayton school of engineering where he is studying Cybersecurity & Machine Learning, his younger children attend Royalmont Academy in Mason. He loves spending time with his family as well as hiking, skiing, camping, playing the cello and enjoying movie night with his children.

Rick has a strong passion for learning about his clients' needs and designing customized solutions to help them pursue their goals. It is for this reason that in 2019 Rick decided to go independent, dramatically increasing the capabilities of his firm and what he is able to offer. He strongly believes in continuing education and has obtained ten designations/certifications most recently earning a Masters of Science in Financial Services through the American College in 2020. 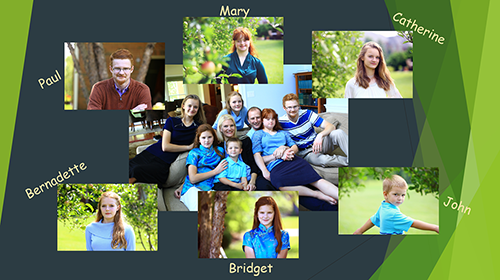 Designations/Certifications in order of attainment:

CASL and RICP conferred by The American College.